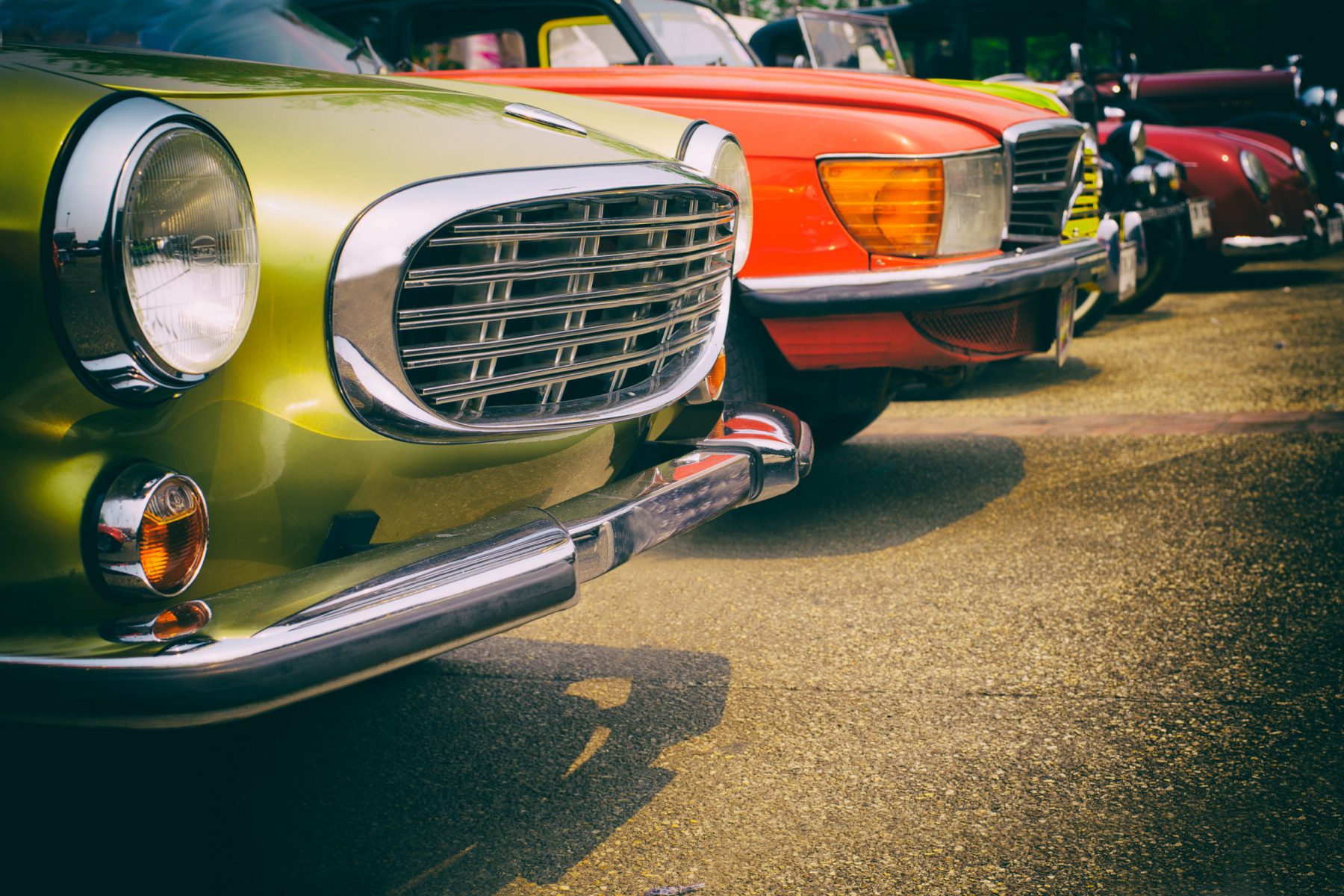 Computations of damages and the “time value” of funds received in a fraud: Does no bad deed go unrewarded?

The Court of Appeal has considered the novel question of whether the Court, when computing the damages for a person deceived by a fraudster into selling an asset at an undervalue, should allow the fraudster credit not only for the cash paid to the victim, but also for the “time value” of that money in the period between the fraud and trial.

Failing to discount the Claimant’s award, would Mr Hood contended (although not in his pleaded Defence), lead to the Claimant being overcompensated for his losses.

The Court of Appeal unanimously refused the appeal and rejected the idea that credit should be given to the fraudster for the time value of the money (whether measured as notional interest or otherwise) received by the victim of the fraud.

In reaching its conclusion, the Court of Appeal noted that the notion of giving such credit was fundamentally misconceived and contrary to principle. Further there are strong public policy reasons as to why such an concept must be rejected.

Were the appeal to have been allowed, the upshot would have been to enable fraudsters to benefit in increasing discounts to claimants’ awards the longer their frauds could remain concealed. Equally, such a concept of discounting awards made to successful claimants would run contrary to the aim of fully compensating victims of fraud for all of the losses flowing from the fraud in question.

Had Mr Tuke’s award been discounted to reflect the “time value” of the monies he had received pursuant to the fraud, he would not have been fully compensated for the losses occasioned by Mr Hood’s deceit.

Mr Tuke sold his business in the aftermath of the global financial crisis in late 2009 for c. £60 million. Seeking alternative investments with greater potential returns he identified classic cars as an investment opportunity. Between December 2009 and September 2010, Mr Tuke invested some £20 million in a number of classic cars, the first 4 of which were purchased from JD Classics Ltd (“JDC”), which was founded and run by Mr Hood. Thereafter, Mr Tuke purchased a further 17 cars through JDC.

Following a 3 week trial in the Commercial Court, Mr Hood was found to be liable in both deceit and dishonest assistance in JDC’s breaches of trust in respect of 8 transactions and deceit alone in respect of 2 further transactions.

In late 2010, Mr Tuke wished to sell part of his collection to finance a large tax bill and to re-acquire an interest in the business which he had formerly sold. JDC was appointed as agent to sell certain cars for £4 million and to receive funds in exchange for a 10% commission. In early 2011, Mr Hood presented Mr Tuke with the opportunity to acquire a collection of 5 Jaguars for £10 million. Mr Tuke accepted and the sale of his cars for £4 million was used to part finance £2 million of the £10 million purchase price. The balance of £8 million was financed via borrowing from a finance company.

The 5 Jaguars had been overvalued by Mr Hood by some 25%. The first instance Judge accepted expert evidence that the 5 cars were worth £7.5 million. It also transpired that the 5 cars were part of JDC’s old stock and were not coming from arm’s length vendors, as Mr Hood had represented to Mr Tuke. This transaction and the repayment obligations with the lender deprived Mr Tuke of nearly all of his cashflow, necessitating the sale of nearly all of his previously acquired cars (save for one). Those sales were largely carried out by JDC on terms highly unfavourable to Mr Tuke.

Mr Tuke realised some £13.8 million from the car sales during 2011 – 2015 – of this some £8.5 million was paid (inclusive of interest) to the lender. By 2015 the market in classic cars was essentially double what it had been at the time Mr Tuke acquired his valuable collection.

It was held at first instance that, but for Mr Hood’s fraud, Mr Tuke would not have suffered the loss of the investment opportunity he had, as he would have been able to keep the vast majority of his investment portfolio of valuable cars.

Applying the usual discounts for uncertainties and contingencies, the first instance Judge awarded Mr Tuke the difference between (a) the 2020 value of each of the investment cars; and (b) the market value of each of the cars when sold – thus reflecting the enhancement in the investment value. The first instance judge was concerned of the risk of “double counting” and therefore did not award interest on any of these transactions. In calculating the quantum of the losses, credit had been given for the value received by Mr Tuke at the time of the fraudulently induced sales.

Despite the foregoing, Mr Hood contended that the first instance judge was wrong in principle not to take into account the notional benefit that Mr Tuke received over time from the cash element of the consideration received for the investment cars. The alleged “time value” of such monies amounted to some £4.2 million, which would have substantially eroded the award of £6.8 million to Mr Tuke.

What the Court Decided

In reaching its decision the Court began with the established principle that the aim for an award of damages for deceit is to put the claimant in the position in which he would have been if no dishonest representations had been made to him.

The Court was mindful of the need to balance the objectives of limbs 3 and 4 of the applicable principles when assessing damages for deceit inducing a sale and purchase transaction – as stated by Lord Browne-Wilkinson in Smith New Court v Scrimgeour Vickers2:

“(3) in assessing such damage, the plaintiff is entitled to recover by way of damages the full price paid by him, but he must give credit for any benefits which he has received as a result of the transaction;

(4) as a general rule, the benefits received by him include the market value of the property acquired at the date of acquisition, but such general rule is not to be inflexibly applied, where to do so would prevent him from obtaining full compensation for the wrong suffered”

The time at which credit is to be given for the benefits received by the innocent party in a fraudulently induced transaction is at the time of that transaction taking place. However, in Smith New Court the House of Lords made clear that this was not an inflexible rule – if taking the date of the transaction would undercompensate a victim of fraud, then a different date can be adopted. Despite the flexibility of the rule, there are no reported cases in which a date other than that of the fraudulent transaction has been adopted for the purposes of calculating quantum.

“The purpose of the flexibility of approach about the valuation date to which Lord Browne-Wilkinson referred was to ensure that the person duped should not suffer an injustice by failing to recover full compensation in the type of circumstances to which he referred. There is no need to adopt such an approach in order to relieve the fraudster from the general rule as to damages, especially if to do so means that the person defrauded ends up paying more than the cargo was worth at the time that he bought it.”

The Court also considered the case of Great Future International v Sealand Housing Corporation4 and how an appreciation in value of an asset sold at a fraudulent undervalue should be treated. In that instance the defendant sought to argue that the appropriate date of the valuation of the benefit obtained by a claimant in a fraudulently induced transaction was the date of the inquiry into damages and not the closing date of the transaction in question. The Court in that instance rejected the notion that a fraudster should obtain an advantage arising from the postponement of the date of valuation to the date of the inquiry into damages.

The Court formed that view that it would be manifestly inappropriate to afford Mr Hood any benefit for the “time value” of the money that Mr Tuke had received or to carry out the valuation of the cars acquired by Mr Tuke at the time of the trial, by which time they had significantly increased in value.

What Mr Tuke did, or may have done, with the money received was not relevant. The Court suggested that had he gambled the money and won a further £1 million, he would not have been required to give credit for that in the computation of damages owing from Mr Hood. The time value of the money received by Mr Tuke did not have any nexus with the fraudulent transactions in question and therefore did not factor in the computation of the damages to be paid to Mr Tuke.