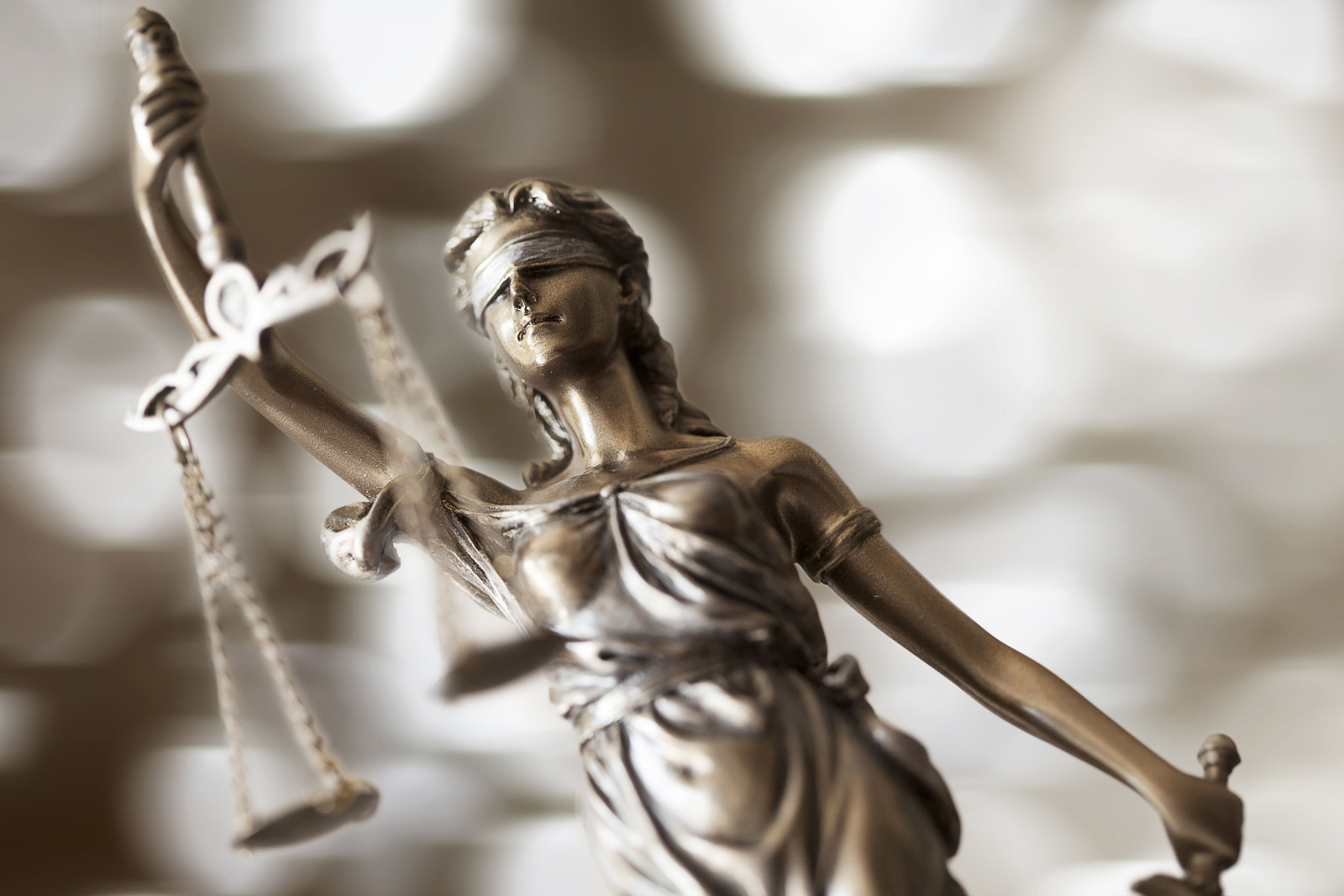 On Wednesday 15 July 2020, the Supreme Court handed down the much-anticipated decision in Sevilleja -v- Marex Financial, which has been termed by some as “the most important company law decision of recent times”. The decision handed down by the Supreme Court pares back the rule against reflective loss and confirms that the rule no longer applies to claims brought by pure creditors of a company. A minority of the seven-member panel went as far as questioning the need for the rule to exist at all.

This article considers the background to the case, the origins of the rule against reflective loss, the decision and its commercial impact moving forwards.

Mr Sevilleja owned and controlled two BVI companies, Creative Finance Ltd and Cosmorex Ltd, (the “Companies”) which accrued significant losses on forex trading accounts with Marex. Mr Sevilleja was the sole director shareholder of both entities. Marex successfully sued the Companies in the UK for those losses, before Field J.

Following circulation of the draft judgment by Field J on 19 July 2013, Mr Sevilleja stripped the Companies of some $9.5m leaving them with insufficient assets to meet the judgment debt owed to Marex. The monies removed from the Companies’ accounts were transferred into Mr Sevilleja’s control, with the intention of defeating the judgment of Field J. The Companies were subsequently placed into liquidation in the BVI by Mr Sevilleja in December of 2013 with the purported debts of both exceeding $30m. But with nominal funds (little over $4,000) remaining in the accounts of the Companies, there existed virtually no possibility of Mr Sevilleja being personally pursued for the losses or of the loss of funds being fully investigated.

In 2016 Marex issued proceedings against Mr Sevilleja, in his personal capacity, in the Commercial Court for inducing or procuring a violation of Marex’s rights under the judgment of Field J, and intentionally causing loss by unlawful means (Mr Sevilleja had transferred the funds out of the accounts of the Companies in beach of his duties owed to both).

Following the bringing  of the personal claim against Mr Sevilleja, Marex obtained permission to serve the claim out of the jurisdiction. Mr Sevilleja applied to set aside the order granting permission to serve out on the grounds that Marex did not have a good claim against him, because the loss suffered by Marex as a creditor of the Companies was reflective of the loss suffered by the Companies themselves.

At first instance, Knowles J held that Marex’s claim was not barred by the rule against reflective loss. However, Mr Sevilleja was granted permission to appeal. Before the Court of Appeal, Marex’s claim for its judgment debt and consequential costs was barred on the grounds that such loss was reflective of the Companies’ losses, leaving only a claim for the remaining amounts incurred in related US proceedings. In giving their judgment all three of the Lord Justices (Lewison, Lindblom and Flaux) gave permission for Marex to appeal to the Supreme Court.

Origins of the Rule against Reflective Loss

The rule against reflective loss stems from the rule in Foss -v- Harbottle [1843] 67 ER 189, that a company has its own legal identity and only the company has a cause of action in respect of wrongs done to it.

The rule itself was established in the case of Prudential Assurance Co Ltd -v- Newman Industries Ltd (No 2) [1982] 1 Ch 204, where it was held that a shareholder may not bring a claim for a diminution in the value of its shareholding in a company against the defendant who has committed that loss-causing wrong to the company. There, the Lord Justices held that:

“….what [the shareholder] cannot do is to recover damages merely because the company in which he is interested has suffered damage. He cannot recover a sum equal to the diminution in the market value of his shares, or equal to the likely diminution in dividend, because such a “loss” is merely a reflection of the loss suffered by the company. The shareholder does not suffer any personal loss. His only “loss” is through the company, in the diminution in the value of the net assets of the company, in which he has (say) a 3 per cent. shareholding. The plaintiff’s shares are merely a right of participation in the company on the terms of the articles of association. The shares themselves, his right of participation, are not directly affected by the wrongdoing. The plaintiff still holds all the shares as his own absolutely unencumbered property. The deceit practised upon the plaintiff does not affect the shares; it merely enables the defendant to rob the company.”

The rule was later expanded by Millet LJ in the case of Johnson -v- Gore Wood & Co [2002] 2 AC 1. There Millett LJ held that the rule should be extended to cover creditors of a Company who may wish to bring a claim against the defendant who committed a loss-causing wrong to the company which owes the creditor a debt.

Exception to the Rule

The exception to the rule against reflective loss was established in the case of Giles -v- Rhind [2003] Ch 168. There a former shareholder director in a company brought proceedings against a defendant who had conducted business in competition with that of the company. The company was unable to pursue the action in its own name due to impecuniosity caused by the defendant’s wrongdoing. The Court of Appeal allowed Giles to proceed to trial seeking recovery of a variety of losses, including the loss of the value of his shares.

The Court of Appeal allowed this case to proceed, on the grounds that it would be unjust to allow a wrongdoer to defeat a claim by shareholders on the basis that the claim was trumped by a right of action held by the company which his own wrongful conduct had prevented the company from pursuing. However, the test of “impossibility” for the company to bring the action in its name was a prohibitively high one and the exception has been applied sparsely since this decision.

The seven-member panel unanimously allowed Marex’s appeal. Lord Reed delivered the leading judgment (with which Lady Black and Lord Lloyd-Jones agreed). Lord Hodge gave a separate judgment, but agreeing with the reasoning of Lord Reed. Lord Sales delivered a separate judgment allowing the appeal on a wider basis and went as far as questioning the justifications for the rule against reflective loss and whether it should continue to be recognised. Lady Hale and Lord Kitchin agreed with this judgment.

The entire panel were agreed that the reflective loss principle had been expanded too greatly and that it should not apply to Marex’s case where it was a pure creditor of Mr Sevilleja’s companies and not a shareholder. Lord Hodge encapsulated the essence of the decision in saying (at paragraph 95 of the judgment) that “….the expansion of the so-called “principle” that reflective loss cannot be recovered has had unwelcome and unjustifiable effects on the law and that, if the facts alleged by Marex are established in this case, the exclusion of the bulk of its claim would result in a great injustice.”

The decision provides welcome protection for pure creditors of a company and acknowledges the fundamental difference in relationship with the company as between creditors and shareholders. Shareholders, participating in the rise and fall in the company’s fortunes, remain a well protected class with access to statutory procedures such as an unfair prejudice petition (s. 994 Companies Act 2006) or a derivative action (ss. 260 – 264 Companies Act 2006) where their interests are damaged by an action of the Company or its directors. Creditors, enjoying a more arm’s length relationship with the company, are now protected by a course of action against wrongdoers who render their debt devalued or worthless. Until this decision very often their remedies were limited to putting a company into liquidation and allowing a liquidator to pursue claims or potentially pursuing claims under section 423 Insolvency Act 1986.

The judgment clarifies what up until this point had been an eclectic mix of decisions concerning the application of the rule and the corresponding exception under Giles -v- Rhind (now confined as a relic of case law) and brings lucidity, so far as creditors are concerned, to an often complex area of company law.

However, the obiter comments of Lord Sales, suggesting that the loss suffered by shareholders in their personal capacity did not always “reflect” the loss of the company, throws open the possibility of shareholders in future advancing a cause of action against a third party who has caused them loss in their capacity as shareholders. There now exists the intriguing possibility of a shareholder being able to claim against a director or other third party such as banker or auditor for a loss in value of their shareholding attributable to the actions of that director.

Authored by Kit Smith, Associate. Prior to his joining Keidan Harrison, Kit was part of the team acting for the successful Appellant, Marex Financial, in the Supreme Court proceedings. This article was also published in ThoughLeaders4 Fire Magazine, August 2020.